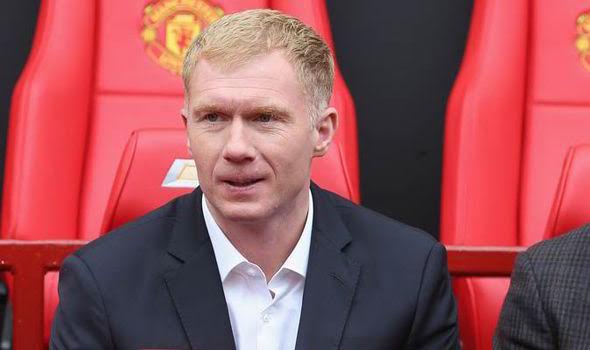 Former Manchester United midfielder and now BT Sport football pundit Paul Scholes has admitted that Arsenal had him conned in his belief that the Gunners could go all the way and win the Premier League title.

Now however the fierce Louis van Gaal critic says they have done what they do every season and bottle it as they approach the finish line.

‘This season I think I was a little bit conned by Arsenal,’ Scholes told BT Sport.

‘I thought this year they’d added a bit of steel with Cech and Ozil was really coming into his own and I had a slight feeling that they might go on to win it.

‘But once again they haven’t disappointed, they always seem to, when it comes down to the crunch, lose their bottle and they can’t produce in big games.

‘And Wenger, I think, if he gets to the end of the season and they haven’t won the league this year then I think he has to be under big pressure now.’

Funnily enough Scholes had nothing to say about his former club, and the fact LVG had just won his fourth game in a row after beating Watford 1-0 at Old Trafford last night.