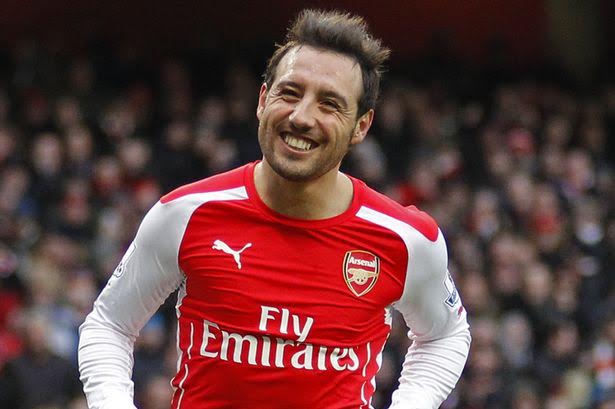 Last Tuesday Arsenal boss Arsene Wenger when asked about team injuries claimed Spanish midfielder Santi Cazorla had suffered a setback in his rehabilitation from a long-term knee injury claiming that the former Malaga player had inflamed his Achilles tendon during his rehab training and that he might be out longer than first thought.

“Santi is not doing too well, he has some Achilles problems and we have to put him off impact,” Wenger said on Tuesday.

Quick to let Gooners know all was well and that he was dying to get back into action Cazorla took to twitter in order to give fans his side of the story.

Surprised by the piece of news appeared in press, deadlines are going as planned. I will be ready on 1st April. #workinghard