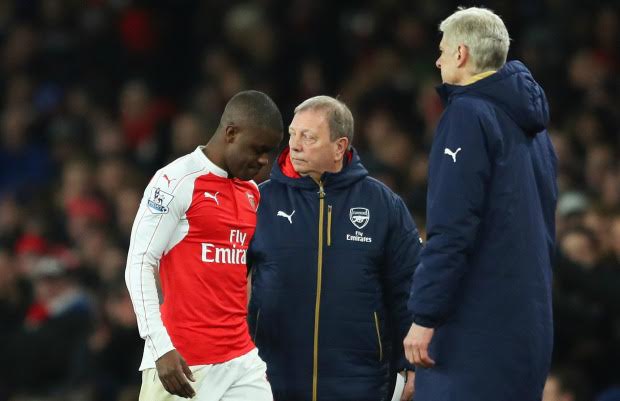 You could hear the boos ringing out around the Emirates last night after Arsenal manager Arsene Wenger decided to take of the team’s best player so that he could introduce substitute Danny Welbeck in the game which the Gunners ultimately lost 2-1 to Swansea City.

The Costa Rican international was having probably his best game ever in an Arsenal shirt after opening the scoring in the 15th minute, yet to the amazement of the fans as you will hear in the video taking the youngster off was just more proof that the 66-year-old Frenchman had lost the plot.

This latest setback comes on the back of last weekend’s loss to Manchester United a match in which Wenger was criticised for not having any leaders in the team.

As things look right now it would appear that the Gunners title aspirations are going up in smoke as the team prepares for what now must be called a must win game at White Hart Lane against North London rivals Tottenham.

Have a look at the video below and listen to how super fan Claude describes what is happening at the Emirates.