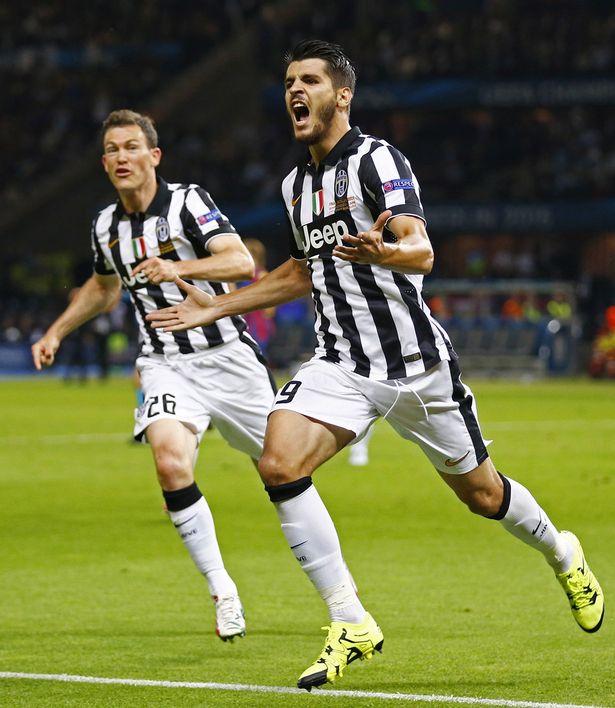 Following on from the news of Real Madrid’s transfer ban the sun via the Daily Mirror claims that Arsenal manager Arsene Wenger could reignite his interest in Spanish striker Alvaro Morata.

The 23-year-old Spanish international joined Italian champions Juventus from Real Madrid in 2014, but the Spanish giants inserted a clause in the deal that says they have to option to resign him next summer for £26 million.

Now following the Fifa ban the club will not be allowed to sign any players next summer or the following January 2017 transfer window, effectively opening the door for Arsenal to make a move.

Morata was in fine form for the Serie A club last season, but so far this term has managed to play in just eight games leading to speculation that he may be allowed to leave without too much fuss being made.

Morata is a quality player who would slot nicely into Arsene Wenger’s squad, so now we will have to see if the Frenchman makes a move or has changed his mind about trying to bring the young Spaniard to the Emirates.