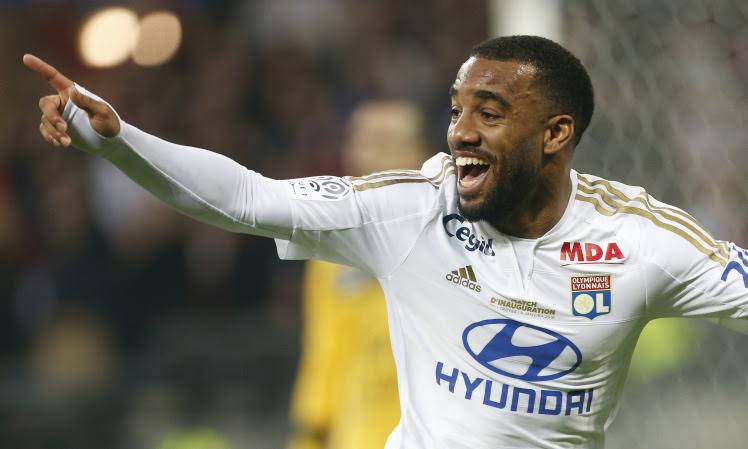 Arsenal and Chelsea target, Lyon striker Alexandre Lacazette has confirmed that he wants a move to England so that he can play in the Premier League.

The French Ligue 1 star however says that he would like to remain with Lyon until the end of the season, but after that he will push for a move to the Premiership.

‘Yes, I am thinking about it and the Premier League is very attractive for a player,’ he told the Telegraph.

‘But I know that to go there I have to do well this season. So I am very concentrated on doing well and maybe, after that, I will go there.

‘So I know that it is possible that I will move to the Premier League and Lyon are aware of that also.

‘There is no formal agreement that I will go but the president [Jean-Michel Aulas] knows that it is a possibility that I will leave Lyon at the end of the season. I will stay at Lyon in January.’

The 24-year-old has spent his entire career with his hometown club so any move to not only another club, but to a new league will be a huge deal for the 24-year-old.

Lacazette goes on to say if he was to leave, it would be to join a club that is competing in the Champions League and that he has already asked Arsenal defensive midfielder Francis Coquelin what life is like playing in England.

‘They should play Champions League and play good football, passing the ball and not just hitting it from box to box,’ he said.

‘Not kick and rush. It would not work to me.

‘ I have spoken with Francis Coquelin and I know [Henri] Saivet who has just signed for Newcastle, and then when I am with the French national team I talk to [Mamadou] Sakho, [Eliaquim] Mangala, [Bacary] Sagna and they all speak very highly of the Premier League.’

Do not be surprised to see either Chelsea or Arsenal make a move to sign him this month, as both know his value will sky rocket in the summer as teams prepare for all the money they will receive following a new television deal.