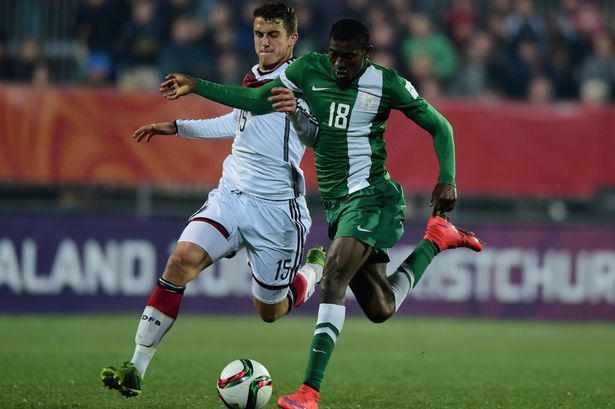 Liverpool is set to announce the signing of Nigerian prospect Taiwo Awoniyi today.

The 18 year-old striker will join from Imperial Academy back in his homeland for an initial fee of around £800,000 that could rise to around £3m with add-ons.

Awoniyi has represented Nigeria at youth level from under-15 upwards and already received a first call-up to the senior squad.

Liverpool has beaten off the likes of Porto and Monaco to land the frontman, who has been likened to Christian Benteke.

Liverpool plan to loan Awoniyi out once his move his completed as he doesn’t yet qualify for a work permit, with Germany his most likely destination.