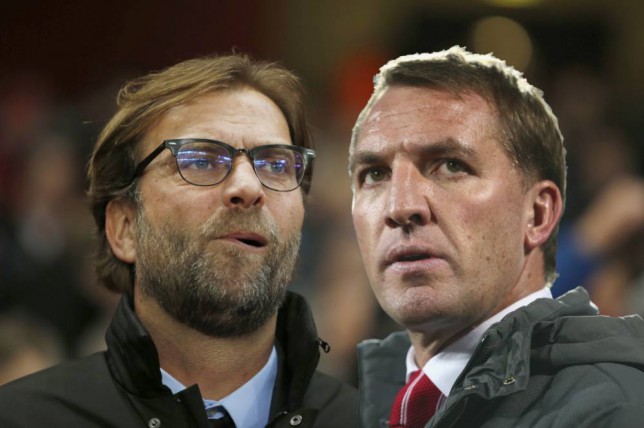 We all saw what happened first hand yesterday as Liverpool were demolished 6-1 by Stoke City in what was yet another display by a Liverpool team who not only lacked focus but also direction.

Here at Soccer Transfer we have in the past been proponents of the style of football Rodgers has tried to instil in his young squad, but we cannot now help but think that what he has been trying to do has now run its course, and that it is time to start re-building the team from the back.

With this in mind we feel Liverpool’s owners should pay the remainder of Rodgers contract off and bring in former Borussia Dortmund trainer Jürgen Klopp.

The former FSV Mainz 05 defender has had a torrid time of it at the Signal Iduna Park this season, yet still managed to take BVB from bottom of the Bundesliga at Christmas to finish in a Europa League spot making him now favourite to take over at Anfield next season.

Question marks as to whether or not Rodgers will still be in charge next season have surfaced following the bookies slashing their odds on Klopp to be the next Liverpool manager from 5/1 down to 2/1.

It would appear as though we are not the only ones keen on seeing the German on Merseyside as #KloppForTheKop trends on Twitter.

We will of course have to wait on developments, but the owners in Boston know what is going on, and must now decide who is the best man to take their team forward, a proven winner like Jürgen Klopp who has won the Bundesliga title while also taking his team to the finals of the Champions League, or a coach like Brendan Rodgers who is still trying to make his mark.