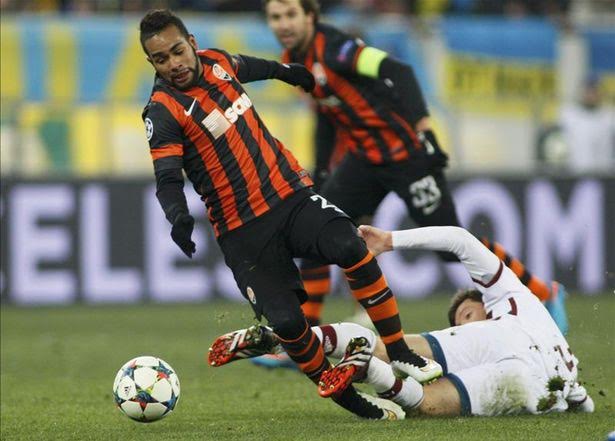 Despite having offered Shakhtar Donetsk £27 million for their Brazilian attacking midfielder Teixeira, the Ukrainian club is holding out for the £38 million that is in the 26-year-olds release clause.

As things stand at the moment with two days to go until the January transfer window closes it would appear as if the Ukrainian outfit is quite happy to hold onto their star player until the summer after Shakhtar Donetsk chief executive Sergei Palkin spoke to Ukrainian television about the negotiations.

“Liverpool stopped at the amount of 32million Euros and 4million bonus,” said Palkin.

“This is the last number that was announced. Our position is that we do not want to sell Teixeira today.

Palkin even went so far as to suggest that the buyout clause in Teixeira’s contract was higher than the £38 million we were being told.

“Teixeira has compensation in his contract and the price is 70million Euros,” Palkin added, “Please, if someone is going to trigger that let him come and declare himself.

“Our coach (Mircea Lucescu) wants Teixeira to remain until the end of the season. We must adhere to a common goal.”