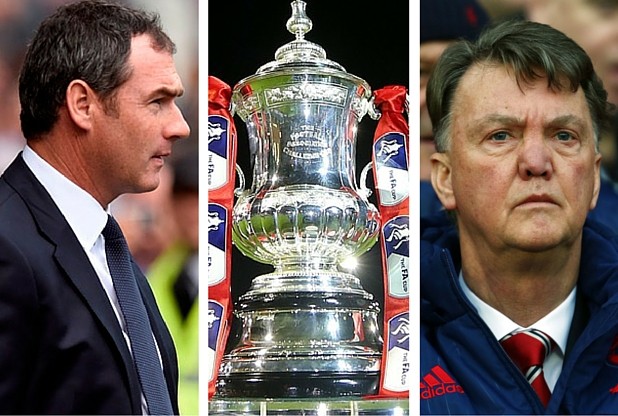 As Manchester United prepares to take on Derby County in the fourth round of the FA Cup this evening at the Baseball Ground you could almost hear a huge sigh of relief from embattled manager Louis van Gaal following the clubs backing of his policies at Old Trafford.

The fans meanwhile may not feel so happy knowing that they are now stuck with the Dutchman until at least next summer no matter what happens as far as results are concerned.

Missing for tonight’s match will be Italian Matteo Darmian who injured his knee after colliding with Shane Long in last weekend’s 0-1 loss to Southampton. The good news however is that the injury is not too serious so he is only likely to miss just one game.

Good news for United though is that 34-year-old veteran Michael is available, but unlikely to play except possible as a substitute in the second half.

LVG decided to go with a 3-5-2 formation against Southampton, and it proved to be a major mistake, with the 64-year-old Dutchman expected to play a solid back-four against County in front of goalkeeper David De Gea.

Given his injury worries we will expect to see both Guillermo Varela and Cameron Borthwick-Jackson start as full-backs while the centre-half role will once more fall to Chris Smalling and Daley Blind with Phil Jones on the side-lines.

Expect LVG to go with a three man midfield of Marouane Fellaini, Ander Herrera and Morgan Schneiderlin, or possibly Pereira in for the big Belgium as another option.

Up front we expect to see Martial and Depay on either flank, while Captain Wayne Rooney is once more asked to deliver the goals the Red Devils seem so hard to come by.

LVG could really use a convincing win to get the booing fans off his back, and if he continues in the same vain as he did last weekend the end of the season and a new manager cannot come soon enough.