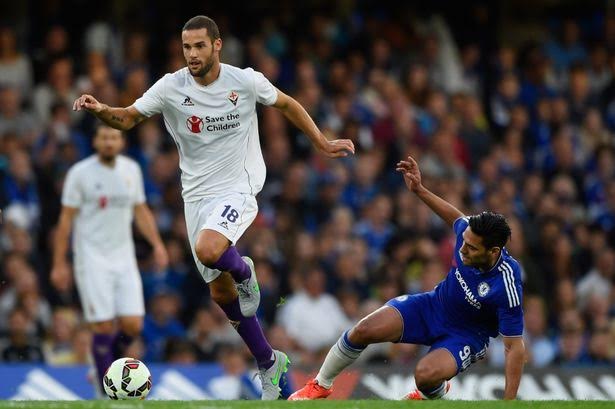 The Serie A club is said to be preparing for the Spaniards exit, and could be prepared to let him leave Florence on the cheap.

The 28-year-old signed for La Viola during the summer, but has only completed four games for the club since his move from Atletico Madrid.

Suarez’s agent, Manuel Garcia Quillon, admitted a host of clubs are monitoring his client saying: “It depends; there is no lack of interest.

“There are two Spanish teams, three English teams and one French team after him.”