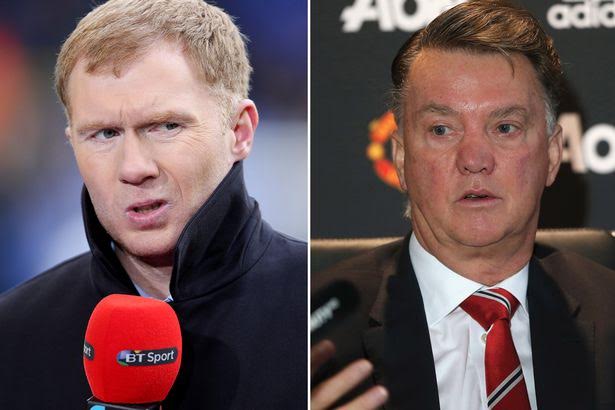 Manchester United legend Paul Scholes once more let Manchester United manager Louis van Gaal know what his feelings were regarding the Dutchman’s style of possession based football ripping in to the 64-year-old following a last minute win over Sheffield United in the FA Cup at Old Trafford Saturday afternoon.

Captain Wayne Rooney’s stoppage time penalty was just enough to take the Red Devils through to the fourth round after the visitors Dean Hammond brought Memphis Depay down in the penalty area.

Despite the win it was yet another poor display from United who failed to even have a shot for the first 60 minutes of the match.

Speaking after the game Scholes called United ‘depressing’, ‘boring’ and ‘negative’ and said it would have taken him ‘two or three days’ to get over it.

“You need to make something happen as a footballer at this club,” he said in a fiery interview on BT Sport. “People need digging out sometimes.

“I’d have my head in my hands. I’d be depressed. It would take me two or three days to get over that performance.

“You’ve just seen 90 minutes of boring, defensive football. The players are bored, fans are bored, everyone’s bored. You look across at the bench and Van Gaal looks bored as well.

“I have tried to defend this team now for the last two or three weeks and it is getting more and more difficult to do.

“Every time you come to Old Trafford – this is what you see. Negative football.

“You can talk about 31 shots in the last two games – we only scored two goals. I see square pegs in round holes.

“We bought Marouane Fellaini because he is a real handful in the box – he is playing in a central midfield position trying to dictate play and create. It isn’t his game – he’s never going to be able to do that.

“Herrera – I don’t know what he is. He is a number 10? Is he a midfield player? I don’t think Van Gaal knows that.

“Juan Mata plays on the right side – he doesn’t have the pace. Martial – is he a left winger, is he a centre forward? Who knows?

“It gets constantly changed from position to position. There are so many question marks over the time.

“The only thing I would say – I’m glad I don’t have to go to Sheffield a week on Tuesday.”

“The players are here for a reason, they should be able to win games here.