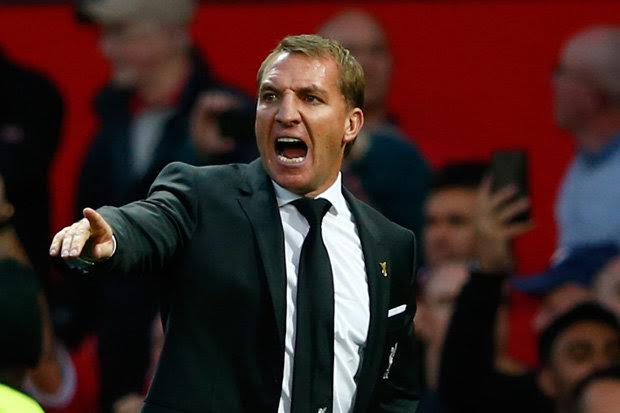 Liverpool manager Brendan Rodgers blasted his side yesterday after a poor showing at Old Trafford , but insisted they will bounce back from the 3-1 defeat.

Liverpool were given a ray of hope that they might be able to come away with a point when Christian Benteke’s wonder strike pulled the score back to 2-1 following goals from United’s Daley Blind and Ander Herrera but all bets were off when United’s new boy Anthony Martial sealed all three points for the hosts with a brilliant solo effort.

“I thought in the first half we defended well but had nowhere near enough quality and composure on the ball,” the Reds boss said.

“We were disappointed with a couple of the goals. I never thought the free kick was a free-kick. Penalty, I think Herrera has done well, young Joe Gomez will learn he has to stay on his feet.

“We got back into the game with a brilliant goal but then we concede a disappointed third and that kills is.

“We need to be a lot technically better than we showed today. Over the first five games now creating goals is something we need to look at. It is too easy sometimes for us to go direct to Christian Benteke, who was excellent today.

“I have a group who will respond but we have to be technically better.”

“You are never happy when you lose a game , especially to your rival,” he reflect. “The only positive for me is that we had a defeat here last year and we got better.

“The key for us is to initiate a game and create chances, that is something we need to be better at.”