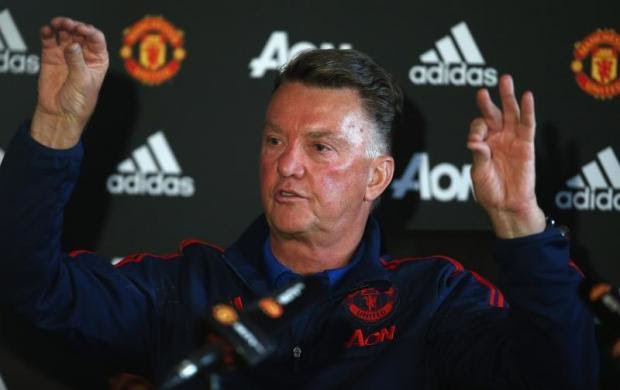 Manchester United manager Louis van Gaal has defended his style of management at Old Trafford by saying: “I am not a dictator – I am a communicator.”

The remarks come after reports said the senior players at the club including Wayne Rooney and Michael Carrick complained to him about the regimented training drills they were all required to do that they though were unnecessary.

”Rooney and Michael Carrick came to me and said: ‘The dressing room is flat.’’’ the Dutchman said.

Van Gaal was irked by the fact that the story had leaked to the media.

But there was no malice towards the players. In fact, quite the opposite with the manager was happy his two most senior professionals approached him as he feels his working practices have now improved for the better.

“It’s a positive thing that the players are coming to me and not only Carrick or Rooney, other players,” Van Gaal said.

“But now it was Carrick and Rooney and that was alarming for me because they are the captains. That’s why I went to the dressing room.

“But all the players are communicating with me. They are coming to my office. Believe me, it is like that. I am not a dictator – I am a communicator.

“I have changed the way that I say the game-plan to them, for example. Now I ask in advance and they can say what they want. Most of the strategy is always the same because they like the way we have done it.

“I went to the dressing room, analysed the situation for them to give it a place. After that the atmosphere was much better and after that we won again.”