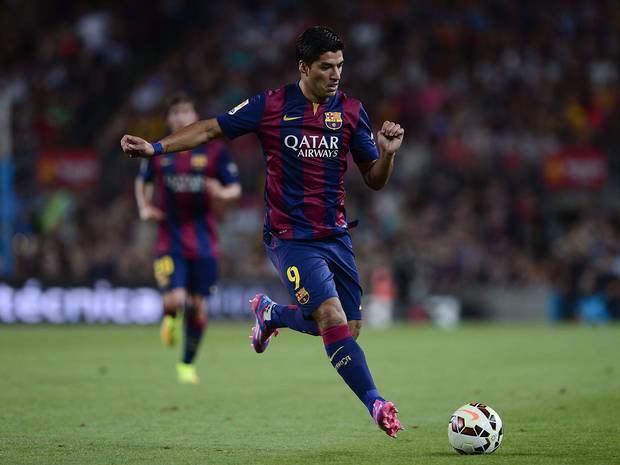 Liverpool manager Brendan Rodgers has put the blame on Liverpool’s slow start this season down to the fact that top goalscorer Luis Suarez left the club to join Barcelona and the fact that the clubs other top scorer Daniel Sturridge has been out through injury.

In what was an exciting last season that saw Liverpool score 101 goals with Suarez and Sturridge responsible for 55 of them much was expected of a young Liverpool team this season yet they look a shadow of their former selves.

“We have lost goals,” the Liverpool boss said while being interviewed by the Daily Star newspaper.

“We scored 101 last year but take away nearly 80 per cent of that [Suarez and Sturridge] and it can become difficult, alongside the introduction of lots of new players. It is not rocket science.”

Liverpool have now lost four games this season and sit 12-points behind league leaders Chelsea knowing they have their work cut out Tuesday night when they must face Real Madrid in the Santiago Bernabeu.

The Reds lost 0-3 at home to Los Blancos last month in the first-leg of their Champions League group stage match and know they have it all to do should they wish to avoid humiliation in the second-leg.

“It has been a difficult start, not ideal. We can only continue to work well, that’s all you can do,” Rodgers added.

“If you work hard it gives you extra confidence, and ultimately confidence will then bring you success. It is certainly something we will strive towards.

“You’re always analysing, but I don’t think it’s so much about stripping it down and starting again with ourselves. But you need to find the answers and that is my job as manager and coach.”