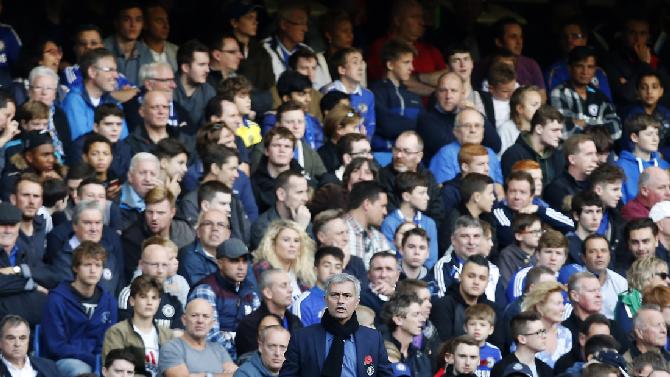 Following Chelsea’s 2-1 win over QPR at the weekend Chelsea manager Jose Mourinho had a dig at the fans claiming the lack of noise meant that Stamford Bridge had no atmosphere and that it was much worse than when he first managed the club.

Tim Rolls of the Chelsea Supporters Trust when interviewed by the Daily Star said: “The manager’s criticisms were slightly ill-advised because the fans pay good money to watch highly paid footballers.

“Maybe the team hadn’t played particularly well and he was seeking to deflect attention.

“But the reality is that, while I’d rather the ground was like a bear-pit, that’s not what the Premier League is like these days with the changed demographic of spectators coming to games, not least because there are an ever increasing number of tourists in the ground.

“Mourinho will have alienated some people. Others will have agreed with him.

“No one will hold it against him long-term – he’s there to win games, and that’s what he’s doing – but I don’t think criticising the fans when the team is top of the league helps.”

Mourinho said: “When comparing to my previous time I think it’s getting worse.

“I don’t question the passion and the love – I’m nobody to question that and I know clearly that’s not true.

“Chelsea fans show us their passion for this club every day, but there is a certain way of living the matches at Stamford Bridge.

“I can clearly say we are the team to get less support in home matches.”