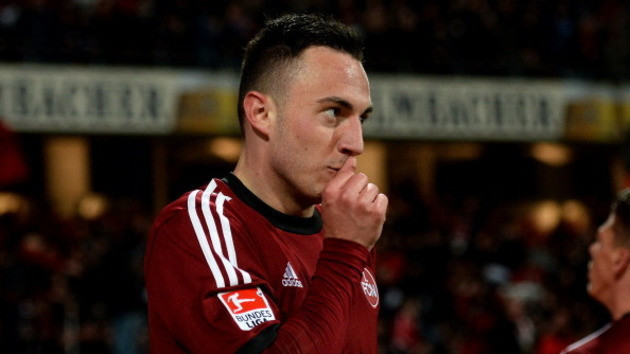 In what now appears to be wide of the mark after it being suggested that Nuremberg striker Josip Drmic had signed for Arsenal the high-flying Merseyside duo of Liverpool and Everton are set to join the race for the Swiss international according to the Daily Star.

The 21-year-old has had an excellent first season in the Bundesliga where he has proved to be equally as good on the flanks as he is in the centre of the park scoring 15 goals in 26 appearances.

When heard about the rumours linking him with Arsenal Drmić said: “What will happen in the future, I don’t know. Any boy dreams about playing for Arsenal.”

Besides the English clubs you have German sides Borussia Dortmund and Bayer Leverkusen also looking for Drmic’s signature all afraid that if he should have a good World Cup with Switzerland that Nuremberg would be able to add millions to his price tag.