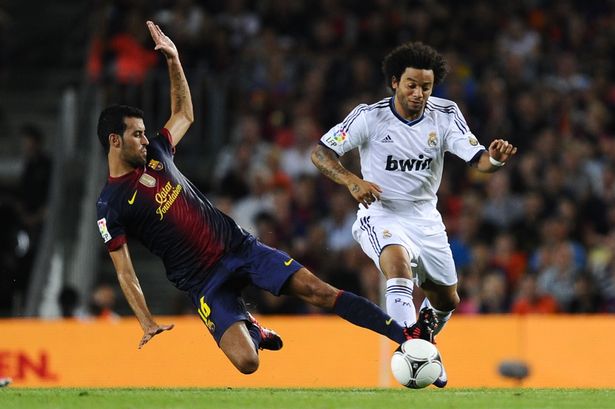 After just regaining the top spot in the Premiership reports out of Spain covered by talkSPORT are suggesting that the Reds are planning a stealth £25 million move for Real Madrid star Marcelo.

Whatever happens in the Premiership title race Liverpool are almost certain of Champions League football next season, and manager Brendan Rodgers knows he needs some world class defenders to help stop the clubs leaky defense.

Brazilian international Marcelo has just one year left on his contract with the Spanish giants with Liverpool ready to test their resolve to hold on to him with a bid over the summer.

Since moving to the Spanish capital from Fluminense in 2007 the 25-year-old has amassed 200 appearances for Real Madrid and is well established in the team.

Should Los Blancos fail to win La Liga and get knocked out of the Champions League pressure will mount on Ancelotti that could see the Italian leave after which anything would be possible including perhaps Marcelo to Anfield.