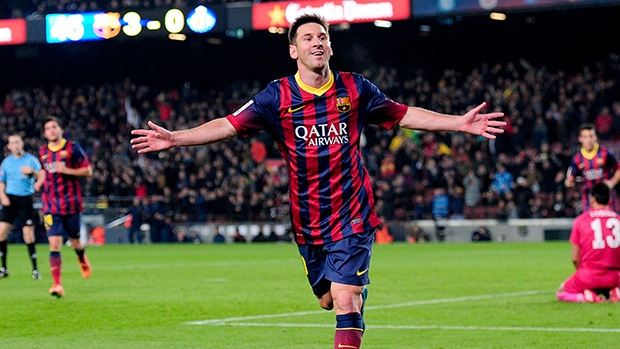 Yes that’s right you read the headline correctly Manchester City are going to try and get Lionel Messi to sign for them in what will be a staggering £250 million deal to get the Argentinian star to leave Barcelona.

Messi has still not signed a new contract at the Nou Camp and the Manchester Evening News is reporting that sources in Spain are suggesting that he could be tempted by a new challenge.

Messi joined the Catalan giants as a youngster  and only really knows football at Barcelona so it is hard to imagine him ever leaving,  but the club appears to be heading towards challenging times after faltering in the league being knocked out of the Champions League  and losing the Copa del Rey to  Real Madrid.

Add to this the fact that trainer Tata Martino will be leaving in the summer and the possibility of a new president at the club and you never know what might happen.

To see Messi in the Premiership would certainly be big boost for the league that calls itself the best in the world, and we know one thing for sure and that is Manchester City certainly have the money to make it a reality should Messi be up for the move.