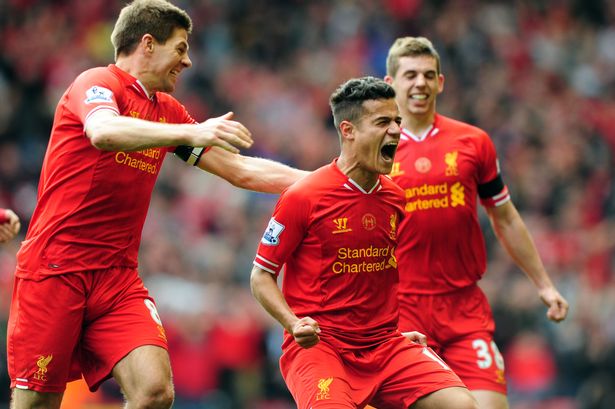 Liverpool hero Phil Thompson has told the Echo that should Liverpool manage to win this season’s Premiership title that it would be a bigger achievement than when they won the Champions league in 2005 after coming back against AC Milan in Istanbul.

Thompson said that Liverpool manager Brendan Rodgers is on the brink of becoming an absolute legend as Liverpool close in on what would be the clubs first league title since 1990.

Thompson admits that he has been blown away by Liverpool this season after their seventh place finish last year.

“I think this could even eclipse the Miracle of Istanbul, it’s that great,” Thompson said.

“The ‘Life of Bren’ will be quite something to behold. He will make himself an absolute legend.

“You don’t take Istanbul lightly as it was such a sensational thing. But this is like a ‘league Istanbul’. To win the title would be absolutely astonishing.

“What Brendan has done – turning it around the way he has done – is unheard of. His tactics, his man management style, he has done everything right.

“He has made players better and turned careers around from young Jon Flanagan, to Jordan Henderson, Joe Allen and Raheem Sterling.

“To take us from seventh to hopefully winning the title is incredible and it has been achieved with a brand of football which has made everyone sit up and take notice of Liverpool again.

“We always look as though we’ve got so many goals in us. There would be enormous gratitude from us all if they can pull this off.”

Thompson won seven league titles during his career with the Reds and is already savouring the idea of Champions League football returning to Liverpool next season.

“For us to be back sitting at the top table of European football is brilliant for the club,” he added.

“I think the whole of Europe will be glad to see Liverpool back in the Champions League. There is no better sight than European nights at Anfield.”