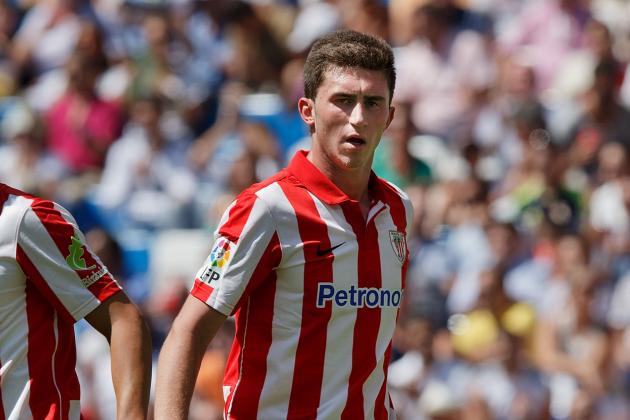 It would appear as if Bayern Munich has entered the race for Arsenal summer target Aymeric Laporte with talkSPORT saying that they will try and tie up a deal before the summer transfer window opens.

The 19-year-old French centre-back has become a regular this season for Athletic Bilbao making 30 La Liga appearances for the Basque club.

He was for some time being linked with a move to Barcelona but with the Catalan club banned for the next two transfer windows Arsenal had seemed the only suitors until Bayern entered the race.

It turns out that Bayern manager Pep Guardiola has been following the progress of the young Frenchman for some time and is now ready to make his move.

Laporte is under contract with Athletic Bilbao until 2018 and the club would not want to lose the u-21 international for anything less than their £30 million valuation.