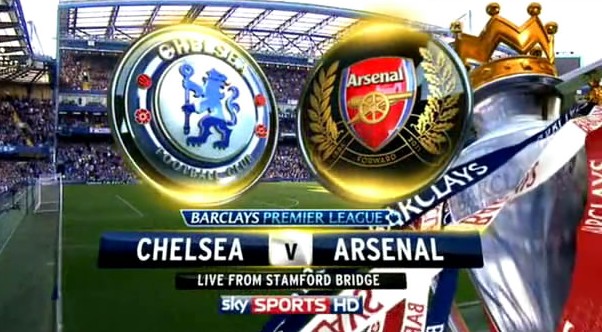 Chelsea will be looking to build on their 4-0 win midweek against Macabbi Tel-Aviv 0 in the Champions League with the 3-1 loss at Everton now a distant memory as the Blues look to get their title defence back on track with what would be a huge win over Arsenal at Stamford Bridge this lunchtime.

Manchester City is already 11 points ahead of Chelsea in the league with Jose Mourinho realizing that a win against the Gunners will still give his team a fighting chance of catching the runaway leaders.

We can also look forward to a tension filled afternoon given the fact that the Emirates Stadium and Stamford Bridge are just ten miles apart while the on-going feud between Gunners boss Arsene Wenger and Mourinho still over shadows all the events on the pitch making for an exciting afternoon of football with both sides looking for a win.

The last time the two sides met was in the Community Shield which Arsenal won 1-0, with Mourinho now looking to play down his personal agenda with Arsene Wenger and concentrate on the football saying at his press conference yesterday: “I want to isolate the match from every context.”

“It’s just Chelsea against Arsenal. It’s a match we want to win. If it’s a pre-season friendly match, it’s the same, I want to win.

“If we are looking at the table at the moment and we see where we are, and we know the distance we are from the top of the league, I don’t think that helps us.

“[…] The match is Arsenal. One match. Now it’s Arsenal. Just that, nothing more.”

As for Arsenal their position in the league (4th) hardly reflects all the doom and gloom in north London following the midweek 2-1 loss to Dinamo Zagreb a match which saw striker Olivier Giroud sent off and Theo Walcott as the Gunners lone scorer, leading us to believe that Walcott will be given the opportunity to lead the Arsenal attack this afternoon.

As for Mourinho and his midweek changes we expect to see John Terry back in the line-up along with Nemanja Matic, while French international Kurt Zouma keeps his place in the team after performing well midweek as did new signing Baba Rahman at left-back leading to the question as to whether or not Mourinho keeps faith with the Ghanaian and plays Cesar Azplicueta in his more natural right-back role while leaving Branislav Ivanovic on the bench.

In terms of injuries, Chelsea are missing Thibaut Courtois, Willian and Pedro.

As for Arsenal, Per Mertersacker could miss out through an illness, while Danny Welbeck, Jack Wilshere and Tomas Rosicky all remain long-term injured list.