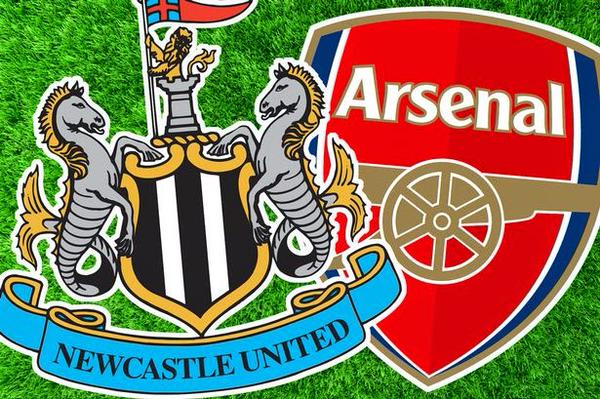 Arsenal takes on a Newcastle United team full of confidence after holing out for a 0-0 draw with the mighty Manchester United at Old Trafford, while Arsenal missing both Per Mertesacker and Laurent Koscielny were lucky to come away with the same score-line at the Emirates despite having a goal being disallowed which was obviously onside to everyone except the linesman.

The Gunners will be desperate to get their title ambitions back on track after slipping five points off early pace-setters Manchester City and know that anything but a victory this afternoon will cast further doubt on whether they can be serious contenders for the title this season.

The Gunners could still be without their two centre-halves with Koscielny a slight possible starter, but given his absence we expect to see Gabriel Paulista get the start alongside Calum Chambers.

No question here following the 33-year-olds performance against Liverpool on Monday night, with Petr Cech responsible for making at least three world-class saves.

With both Per Mertesacker and Laurent Koscielny still doubtful we expect to see Calum Chambers and Gabriel Paulista take over the heart of the Gunners defence with Chambers praying that he can avoid the shaky start he had against Liverpool.

Hector Bellerin has now established himself at right-back and will almost 100% start over Mathieu Debuchy with Gunners boss Wenger hoping that the Spaniards pace can bring results for Arsenal on the break.

At left-back we expect Nacho Monreal to get the nod even though bringing in Kieran Gibbs would give Wenger the option of playing Monreal in place of Chambers if he thought the England U-21 year-old was not up to the task following his display against Liverpool.

Francis Coquelin is the reason why Wenger has not gone to the market for a defensive midfielder, and is certain to start as is main playmaker Santi Cazorla. Alexis Sanchez is yet to show the kind of form he showed for Arsenal last season, but saying that he is still probably the best player on the team and will get the start out on the left-wing with us hoping to see Alex Oxlade-Chamberlin given the start ahead of Ramsey who looked slightly ineffective against Liverpool despite scoring an offside goal early in the match. Mesut Ozil will again start behind striker Olivier Giroud, and while the German shows touches of brilliance, he does still not put in the defensive duties like other players.

Olivier Giroud was a huge disappointment against Liverpool, but Reds manager Brendan Rodgers seems to have his defence worked out this season with the Reds yet to concede a goal in the Premiership. Despite calls from the fans to start Theo Walcott, be feel Giroud will do much better against Steve McClaren’s team this weekend than he did against Liverpool on Monday night.