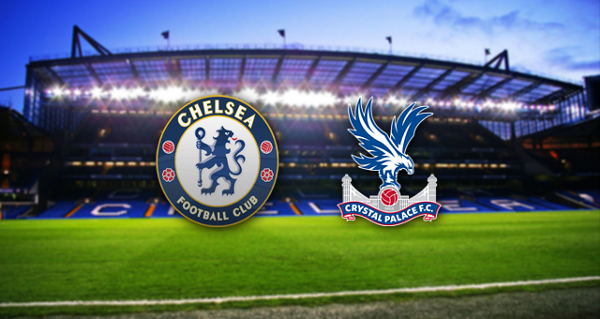 Chelsea secured their first win of the season last weekend away to West Brom, with manager Jose Mourinho hoping to get the team back on track to defend their Premiership title this afternoon when fellow Londoners Crystal Palace arrive at Stamford Bridge.

While Chelsea still did not seem the same champions they were last season, at least the fans can get some delight in the fact that new signing Pedro managed to get himself on the score sheet at the Hawthorns during the 2-3 win.

Alan Pardew’s team meanwhile arrive in West London fresh of last weekend’s second win of the season after having beaten Aston Villa 2-1 at Selhurst Park, and will be looking to exploit a Chelsea defence that will be missing Blues captain John Terry following his sending off by referee Mark Clattenburg after pulling back a goal bound Solomon Rondon.

Whenever fit or not suspended, Belgium international Thibaut Courtois is always Jose Mourinho’s number one choice in goal.

So far this campaign the normally solid Branislav Ivanovic has been a bit of a disappointment, but with John Terry suspended, Mourinho will need the experience of the Serbian to guide his back-line.

Cesar Azpilicueta meanwhile has been the most consistent of performers and will start in his familiar left-back position while Gary Cahill and youngster Kurt Zouma will take over the heart of the Blues back-four.

Nemanja Matic is another player who seems to have started the new season slowly and has made quite a few rash challenges in the past few games which might have manager Mourinho worried that he could end up being a liability for the team should he find himself getting sent off.

Cesc Fabregas also seems to be struggling to get his groove on following a couple of very non-inspiring performances from the Spanish international, and will need to step up to the plate if Chelsea wants to retain the title.

Oscar may not be available for the Palace match, which means that Willian will start centre stage knowing that he is playing for his place in the starting line-up and that he must do more to add to Chelsea’s attacking options.

Hazard and now Pedro appear to be the two shining lights of a Chelsea team that has so far failed to impressive with Mourinho hoping for big things from the pair of them.

Whenever fit Diego Costa will always get the start as he is a handful for any defender to play against. The Brazilian born Spaniard however needs to start delivering with the goals if Chelsea is to believe they can win back-to-back titles and also have a shot at winning the Champions League.