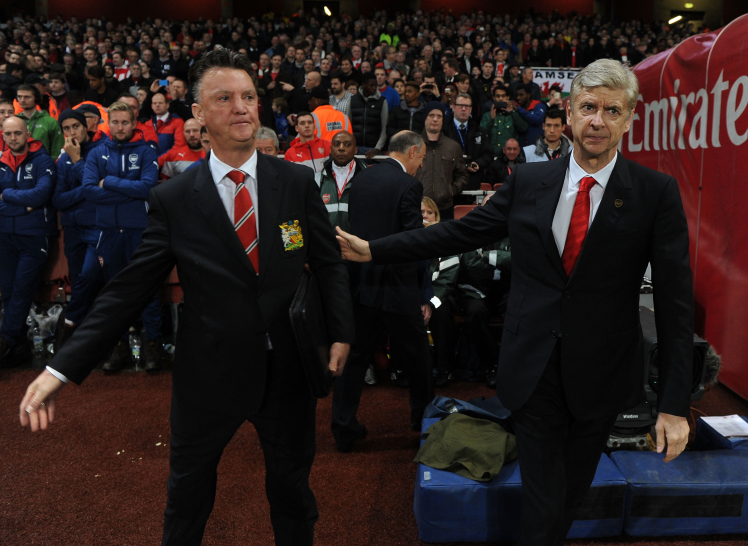 Arsenal travels to Manchester United this afternoon knowing that they need a win to help keep their ambition of winning this season’s Premier League title back on track.

The players need to put Tuesday night’s 0-2 loss to Barcelona firmly in the rear-view mirror and concentrate on the game at hand.

In all honesty the Gunners played well against Messi and Co. right up to the 71st minute before a mistake cost them dearly and should go into today’s match against Manchester United knowing that if they can produce the form that they showed on Tuesday night, that the Theatre of Dreams should be like a stroll in the park.

Prior to game time Brazilian defender Gabriel will be given a fitness test on the hamstring injury that has seen him miss the Gunners last two matches, we do not expect him to start even if past fit.

Alex Oxlade-Chamberlain is out with a serious knee injury he picked up midweek during the loss to Barcelona, but the good news is both Aaron Ramsey and Francis Coquelin are available for selection despite picking up a few minor knocks against the Catalan giants.

Arsenal striker Danny Welbeck will be chomping at the bit to play against his former club, but we think he will probably start from the bench as he continues to build up match fitness.

Petr Cech will of course start for Arsenal even if the 33-year-old id disappointed that his record of never being scored upon by Lionel Messi is now up in smoke thanks to a defensive error that led to a penalty.

Even though there may be some tired legs following Tuesday night’s match we expect the same back four of Bellerin, Mertesacker, Koscielny and Nacho Monreal to be called upon once more to provide what Gunners boss Wenger will hope will be an Iron Curtain against a lacklustre Red Devils attack that will be missing Wayne Rooney.

Again we do not expect to see any changes with Ramsey and Coquelin in front of the back four while Arsenal fans hope to see the invisible Mesut Ozil return to the form he was showing earlier in the season. Out on the left wing will of course be Alexis Sanchez while the start on the right could be a tossup between Walcott and Campbell.

Now given the fact Welbeck is fit we expect Walcott to get the start ahead of the Costa Rican international with Wenger able to bring on the former Manchester United striker for Giroud should the need arise.

Love him or hate him it’s Olivier Giroud spearheading the attack once more while knowing Wenger has Danny Welbeck dying to come on if the Frenchman fails to live up to his job of scoring goals.

Arsenal have to shake off Tuesdays disappointment and take the game to United’s crippled defence and show Louis van Gaal’s team no mercy. Arsenal have a lead title to win and there is no better place to show their determination than a win at Old Trafford.