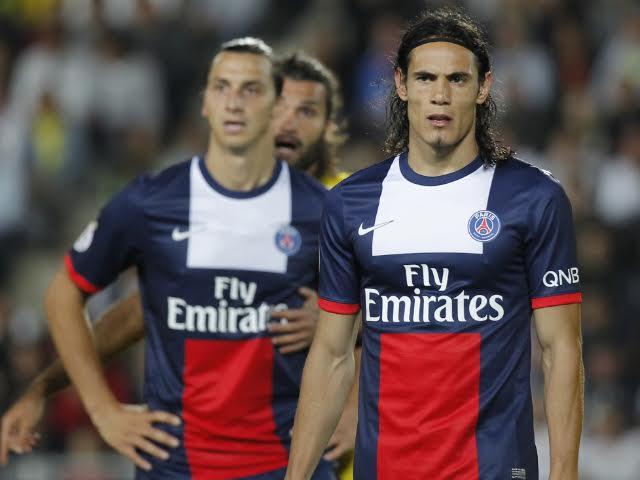 Manchester United are also known to be long term admirers of the 29-year-old Uruguayan international, but know that failure to qualify for the Champions League would more or less quash any hope they may have had of bringing him to Old Trafford according to the Sun.

Reports coming out of France during the past two transfer windows suggested that Cavani was fed up of being played out of position in Laurent Blanc’s team so that the club could placate Zlatan Ibrahimovic and allow the Swede to be the top man.

This will not be the case next summer though when the 34-year-old striker’s contract comes to an end, with Blanc suggesting the PSG veteran will probably leave to broaden his horizons before retirement.

This now opens up an interesting angle, with the Swedish international having tasted success in Europe, but never in the English Premier League which has led to speculation that he may move to England for one season before moving to the U.S.A. where he has been promised a place in former teammate David Beckham’s Miami MLS franchise.

Under normal circumstances you would think that the French champions would now like to offer Cavani the centre-forward position he wants to stay at the Parc des Princes, but given a deteriorating relationship with trainer Blanc it would appear as if any chance of appeasing Cavani now has well passed its sell by date.

Could we be in for the prospect of Cavani and Ibrahimovic playing against each other in England? Let’s hope so as the Premier League and the English game continues to grow.