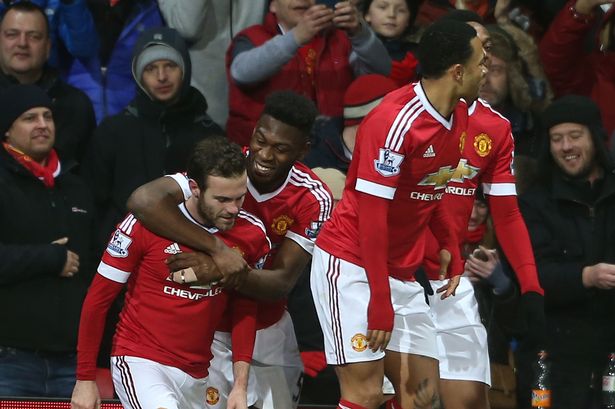 Louis Van Gaal has come out to explain his decision to rest Anthony Martial in their game against Norwich.

The Dutchman confirmed it was a risky move as Marcus Rashford was rested and so not listed for the game. So Rooney had to play in the striker role and then Herrera had to take Rooney’s place in the midfield.

Martial picked up an injury in the warm-up to the game against Norwich and Van Gaal did not want to risk playing the Frenchman. Which is understandable especially considering the fact that United would need the Frenchman in the FA cup and if he was not at his best against Norwich, nothing tangible would have been achieved.

He said, “Anthony felt something and I’m a manager who is not taking risks. Especially not in his situation and I said this to Anthony because he has played most of all the matches, like Daley Blind and Chris Smalling.”

“He is 20 years old. I have to take care of him so he didn’t play and Wayne had to play the striker’s position. He gave an assist to Juan Mata and it has been solved very well.”

Van Gaal also said: “When a player says he feels something, he shall not play. I think you have to be fit – especially in this weather as that is a big difference. We have to see if the muscle is tight.”

Manchester United entertain West Ham in their must-win clash on Tuesday. A win would see them leap past Man. City into the fourth spot on the league table. Louis Van Gaal and his players will know they absolutely must get the three maximum points against West Ham.

With City drawing against Arsenal over the weekend, the Red Devils have a good chance of getting into the top four ahead of the Citizens and they can’t afford to lose the opportunity that has presented itself on a platter of gold.