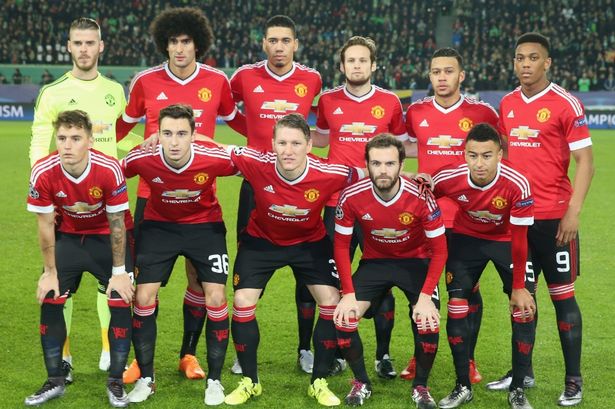 For Louis Van Gaal who hasn’t had the greatest of Premier League runs this season, winning the FA Cup (they’re up against Crystal Palace in the final) and earning an European spot (at the expense of Manchester City) will be appreciated by the fans.

And Van Gaal is trying all he can, including being a recent supporter of Arsenal, in a bid to ensure that they replace Manchester City in that fourth spot.

David de Gea: As expected, the Spaniard will start in goal for the Red Devils. He has proved himself time and time again to be a goalie United can trust.

Antonio Valencia: His recent come-back from injury has given a big boost to Man. Utd defensively. We expect him to start against the Hammers later today.

Cameron Borthwick-Jackson: He should start the game in the absence of injured Matteo Darmian.

Chris Smalling: No doubt one of Manchester United’s best defenders this season, he’s sure to be in the line-up against West Ham and contribute immensely like he did against Norwich.

Danny Blind: Although Rojo played in his stead against Norwich, he wasn’t able to handle the problems Norwich caused. So Blind should be in this game, pairing Smalling.

Micheal Carrick: He was able to provide sufficient cover for the last line of defense and made some helpful passes going forward in the last match. He is likely to start versus West Ham tonight.

Morgan Schneiderlin: He will be pairing Carrick in this encounter.

Rooney: Against Norwich, Rooney made a rare start because Martial was injured. Rooney is expected to start again against West Ham as Martial remains injured.

Juan Mata: Mata who scored the only goal of the game against Norwich is expected to start against the Hammers. He will be occupying the right side of the attack while.

Adnan Januzaj will start on the left side of the midfield.

Marcus Rashford: In the absence of Martial, Rashford will be tasked with the job of getting the goals for the Red Devils. The young man was rested against Norwich and his absence was felt. With European foot all at stake, he’s sure to start against West Ham United.