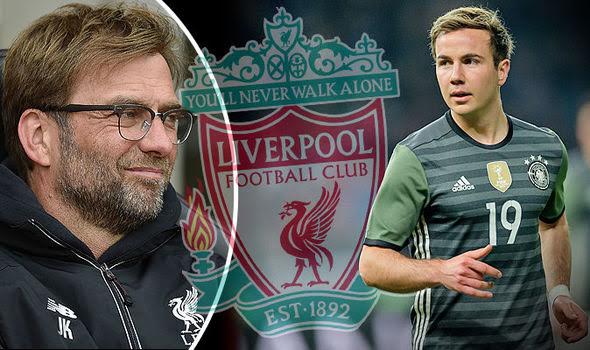 Liverpool manager Jürgen Klopp is expected to splash the cash this summer once the transfer market opens for business and is taking no chances on who he signs by going to the league he knows so well for quality players.

With this in mind the Daily Mirror claims the 48-year-old trainer is looking to land Bayern Munich midfielder Mario Gotze and FC Koln left-back Jonas Hector.

The 23-year-old Gotze has never fully settled in since arriving at the Allianz Arena from Dortmund a few years ago, and is now looking to be reunited with Klopp in Liverpool in the hope of getting his career back on track.

As for Jonas Hector Liverpool fans got to see the 25-year-old in action when he made his 11th appearance for Joachim Low’s Germany against the Three Lions, and the £12 million rated left-back impressed despite being part of a defence which conceded three goals.

Left-back was one position that Klopp was thought to be looking at after having seen Alberto Moreno fail while performing his defensive duties on several occasions so far this season.

As for Gotze, the young German international has one year remaining on his contract with Bayern Munich leading Klopp to believe that he may be able to sign his former player for around £20 million despite Bayern having paid Dortmund £30 million for his services back in 2013.