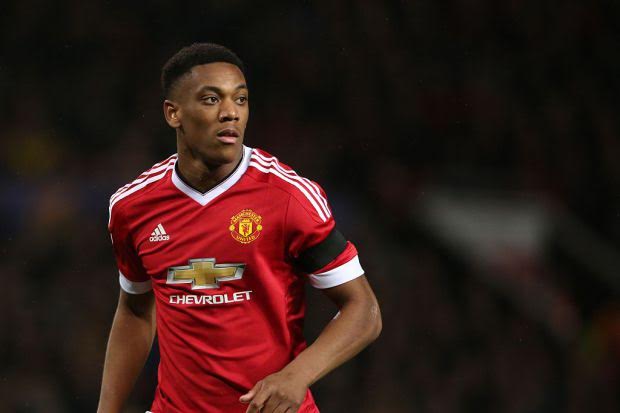 With Paris Saint-Germain striker Zlatan Ibrahimovic almost 100% certain to leave the Parc des Princes this summer it is no surprise that trainer Laurent Blanc is interested in signing Manchester United striker Anthony Martial to replace the charismatic Swedish international.

There were plenty of doubters at Old Trafford when the then 19-year-old Martial signed from French Ligue 1 club last summer for £36 million.

Since then Martial has been a revelation at Old Trafford during a somewhat inspirational season that will almost certainly see manager Louis van Gaal part company with the English giants.

When asked about the possibility of returning to France, martial insisted he was not interested and that he wants to help make Manchester United world beaters once more saying according to Metro:

‘They (United) are not at the top of the top, but I hope next year they will be.

‘I think I could have done better (with my finishing), there were some chances that I missed but I think next year it will be much better.

‘At the beginning I was scared (of the Premier League) because I had heard a lot about the intensity of the English game, but I realised during the matches that I was able to keep up, and I was really very happy about that because as a youngster I struggled to finish games, at the age of 17 they said I needed to work on my endurance.’

This will of course come as good news for United fans, who are expecting to see some major changes at Old Trafford over the summer.