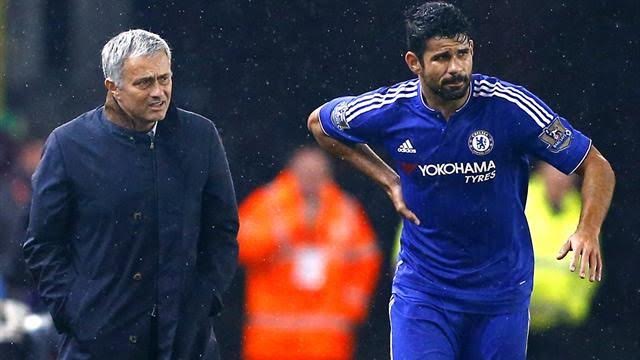 The 27-year-old former Athletico Madrid striker had managed to get back on the score sheet following his goal against Norwich at the weekend, but Chelsea boss Mourinho was far from pleased when the Spanish international failed to make a run for teammate Eden Hazard during the first-half off the match which had the Portuguese manager shouting and waving his arms in the air from the side-lines.

Costa however was having none of it letting Mourinho know exactly how he felt about not doing what the Chelsea manager wanted.

Following the match which Chelsea won 0-4 the Blues boss admitted that the incident sparked some fiery words but it was all “kisses and cuddles” in the dressing room afterwards.

“I was disappointed. I reacted and he reacted too,” said the Portuguese.

“At half-time in the dressing room there were a few kisses and a few cuddles.”

Chelsea’s win moved them level on 10 points with Porto at the top of Group G.