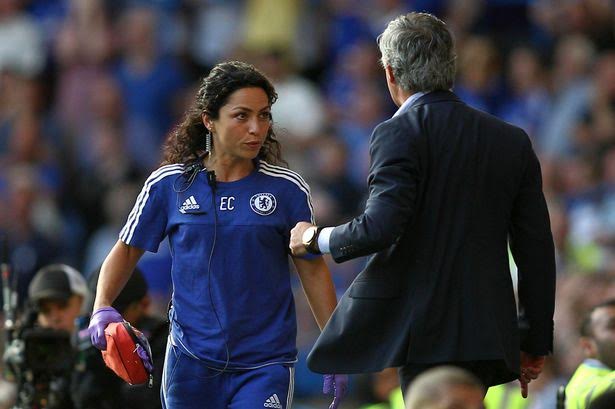 Blues boss Jose Mourinho let his medical staff know exactly what he felt about them after having taken Eden Hazard out of the game, effectively reducing Chelsea to a nine man team following the sending off of Chelsea goalkeeper Thibaut Courtois.

Following a foul on Chelsea winger Eden Hazard, Chelsea doctor Eva Carneiro and her assistants rushed on to the pitch to treat the Belgium for what the Blues manager called a slight knock.

“I was unhappy with my medical staff. They were impulsive and naive,” Mourinho told Sky Sports.

“Whether you are a kit man, doctor or secretary on the bench you have to understand the game.