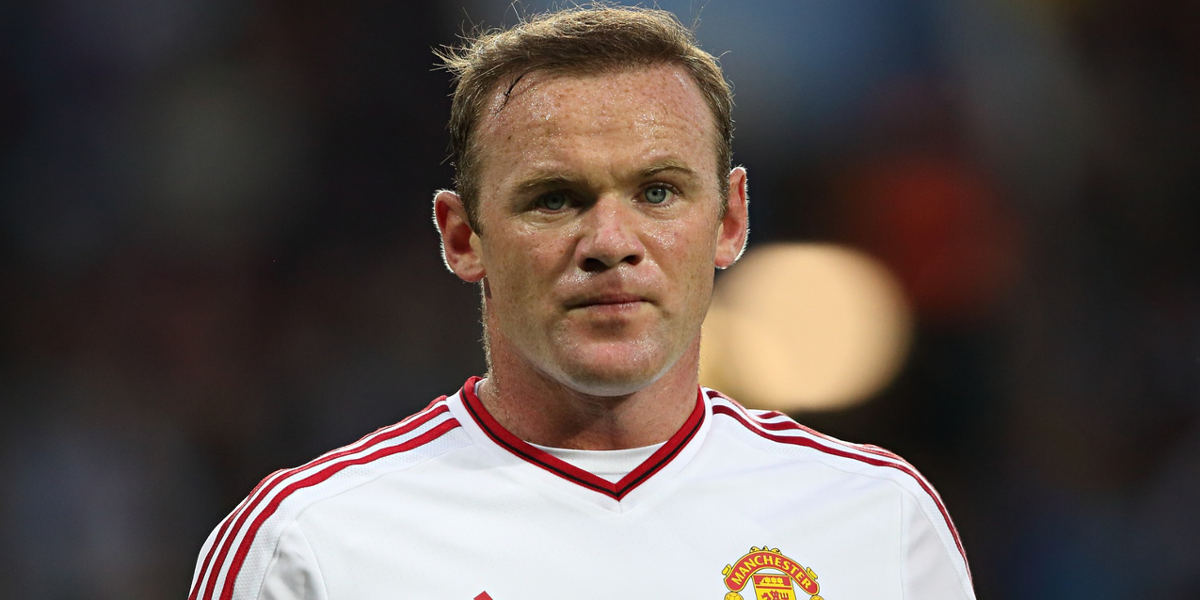 Wayne Rooney will turn 31 in a month and still we didn’t come close to answering is he a number nine or a number ten. In fact, the dilemma is getting worse with age, and recently the England forward has even been played as a midfielder. He’s been heavily criticized after the Slovakia match and his goal and two assists in the first three rounds of the BPL season have been described as lucky. What’s the problem with this player and is he any good or not? We’ll try to find the definite answer in this article.

Let’s take a look at the stats. In the last Premier League season he played 28 times, 19 as a striker, and scored a total of 8 goals while adding 6 assists. One goal against Liverpool, one assist against Spurs, one assist against Chelsea. That’s Rooney’s record in six matches he played against top sides.

Most notably, he failed to produce whenever he was playing as a secondary striker or an attacking midfielder. He played a total of 9 matches in either of those roles, and he has a goal against Sunderland and a goal and assist against Bournemouth in the last match of the season.

That season will hardly be one which Rooney remembers with pride. In 2011-12, however, he scored 27 goals in the Premier League, 9 of them coming in the opening 5 rounds. He played as a striker. In 2013-14 he had the secondary striker role and produced 17 goals and 12 assists, and has failed to provide similar numbers ever since. It appears Rooney is on a decline and can no longer be the leading player of Manchester United, not on his own at least.

For England, he scored from the spot against Iceland, and that was his only goal in Euro 2016. He did really well in the qualifiers though, having scored 7 goals in 8 appearances, also adding 2 assists. The opposition hasn’t been world class and it’s also important to note that Rooney played all those matches as a striker.

Despite the fluctations which are largely there as every manager has his own idea about where and how Rooney should play, statistics are on Rooney’s side as he manages to find a way to post decent numbers season after season, most against the weaker sides, but that’s how all the other forwards roll too. If you just look at the statistics you’d note a small decline in his stats but you’d still call Rooney a top performer and a reliable forward who can adapt to different positions, depending on whether the team has a proper striker or not at the moment. You might even say he’s so nice to want to play wherever the team needs him.

So what’s the problem then?

The problem is that the team suffers a lot in order for Rooney to get those stats as he’s slowing the game down and really needs a lot of the ball in order to make it count. He is a bit slow, too. Granted, England don’t have a number ten and never will so Rooney isn’t taking anyone’s place there, but in Manchester United there is always at least one better playmaker and at least one better striker, leaving Rooney in limbo as a must-play forward without a designated position.

Rooney is overtrained and was under a lot of pressure over the years, and it’s safe to say his most exciting years as a player were his teenage years when he first emerged on the scene. It’s been a constant struggle since, but largely because of the unrealistic expectations. Rooney is not among the best forwards of all time, but he is a reliable and flexible forward who posts good numbers season after season. Compare that to all those forwards who came and went over that same period.

Most notably, take a look at how quiet Harry Kane is at the moment, after only one good season. England wouldn’t be winning more easily if Rooney was out of the team, that’s for sure. Compared to all the Kanes, Sturridges, Wilsheres and Welbecks, Rooney is one steady performer who – and this is not a small thing – doesn’t get injured very often.

Rooney scored a total of 246 goals in 525 appearances for Manchester United, being under either heavy pressure or heavy criticism throughout most of those 12 seasons. For England, he scored 53 goals in 116 appearances. Consistency could be Wayne’s middle name.

While Rooney’s game is hardly attractive to watch as it’s slowing down with years, the England and Manchester United forward keeps producing the numbers and is a constant presence in the final third, allowing his team mates to come into play. While there is always at least one better player in the team, depending on form fluctuations, there are no players who can match Rooney’s consistency over the years.

The problem is actually this: expecting Rooney to be the best player in the team. He is not one of those players who get the spotlight, he is more quiet but, to his credit, he never expressed any discontent playing second fiddle. He’s happy to play behind a young star Harry Kane in the England team and he’s happy to have foreigners Ibrahimović and Pogba in “his” team as the bigger stars. He’ll still keep producing the numbers.

To conclude, Wayne Rooney is a useful player who is very consistent and flexible. He’s probably best employed as a secondary striker but not as a number ten as that’s a role no Englishman can feel good in. He’s not a key passer like Mesut Ozil or a clinical finisher like Kun Aguero, and probably the number 9/10 dilemma won’t ever be resolved, but Rooney still owns the offensive third and is irreplaceable in both his club and the national team.

If anything, Rooney is constantly victimized by his managers, the media and the fans. So when Big Sam says Rooney can play wherever he wants, meaning he has a free role in the offensive third, this is actually not a sign of Big Sam’s weakness but of his recognition of an age-old problem – finding a position for Rooney – and his desire to finally let the man play.