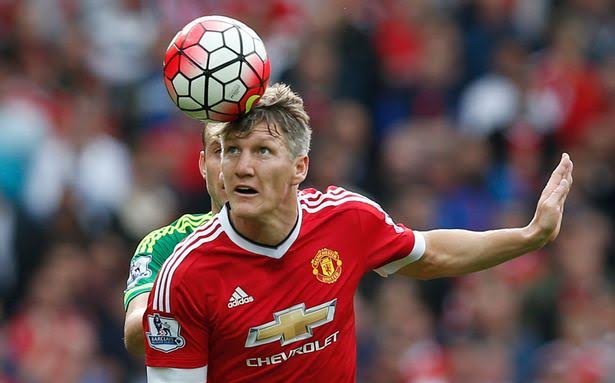 Manchester United midfielder Bastian Schweinsteiger has promised that he will do all he can to help unlock the potential of new signings Anthony Martial and Memphis Depay.

The German international has won just about every world and European honour says he is eager to help his new Manchester United teammates to develop their game, report the Manchester Evening News.

“I will try to guide them, of course,” the German told United Review.

“I have played a lot of matches at that level and it is always a little bit different to Premier League and Bundesliga games.

“It is always a special night when you walk onto the field and the anthem comes on.

“It is a big honour to play Champions League games, so I will try to give my best and try to help my younger team-mates.”

Having now seen the pair in action during training the former Bayern Munich star is impressed by what he has seen.

“They are both very young but both very talented,” he said.

“If they make the right decisions and take the right steps in the future, then they can give a lot of power to Manchester United.

“For me, the most important thing is that they have a good personality and a good character, and they do!

“That is what’s most important, and with the quality they can achieve a lot.”