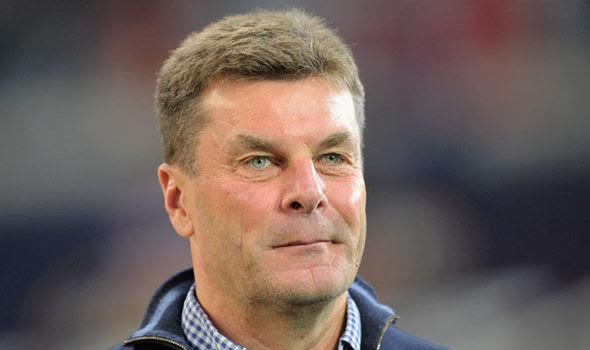 Ahead of tonight’s Champions League match with Wolfsburg, the Bundesliga clubs boss Dieter Hecking has warned Louis van Gaal that his club is coming to Old Trafford looking for a win.

Unlike the Germans who won their first Group B game against CSKA Moscow, United needs a win following their 2-1 loss in Holland to PSV Eindhoven.

He said: “I don’t have dreams. I prefer reality and there is a lot of hard work in front of us.

“But we are in a good position after our home win against (CSKA) Moscow and we are looking to build on that.

“We are facing a good team and most will expect a home win and before the draw I would have said United would have finished top of the group.

“Their defeat at PSV makes it more interesting. They are a strong team, but if we perform right we can get the result.

“They did lose their first game and that creates a bit of pressure for United.

“It is up to us to increase the pressure on them. That is a big if. We will have to wait and see what happens.”