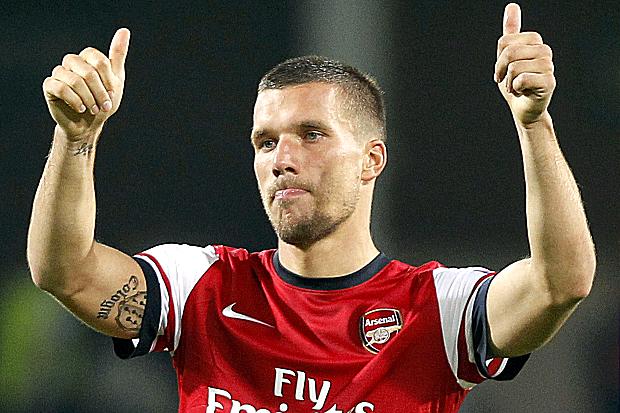 Since moving to Arsenal from FC Koln in 2012 the 29-year-old Podolski has failed to nail down a starting place in manager Arsene Wenger’s team, and has made only a handful of appearances so far this season.

While talking ahead of Germany’s Euro 2016 qualifier with Gibraltar Low said that the Arsenal man would start for Germany, but he needed to think about the playing time he was getting in London and should perhaps consider his future with Arsenal.

He said: “It’s in my plans that Podolski will play from the start.“I’m aware he doesn’t play a lot right now for Arsenal.“He needs to play competitive games. Sometimes he lacks the physical condition to play the full 90 minutes.“He has to think about his situation.“I’m still convinced about his abilities, but he needs high intensity.”