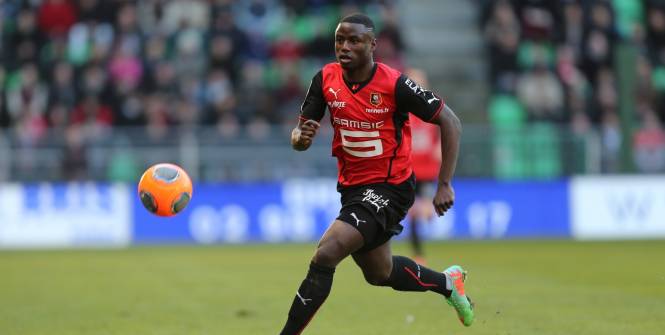 Here is a name Liverpool fans might have to get used to after Rennes winger Paul-George Ntep made two trips to Liverpool in recent days according to French sports newspaper L’Equipe.

The 22-year-old French international is thinking about a move to Anfield after scouts watched him score nine goals with five assists in 26 Ligue 1 games this season.

Ntep only moved to Rennes from Auxerre in January and is under contract with the Brittany side till 2017.

L’Equipe fail to mention how much it would cost Liverpool to bring the Cameroon born player to Merseyside, but website transfermarkt.com has him valued at 8€ million.

See what you think of him in the video below and ask yourself if he is not better than Lazar Markovic, who the Reds paid £20 million for.