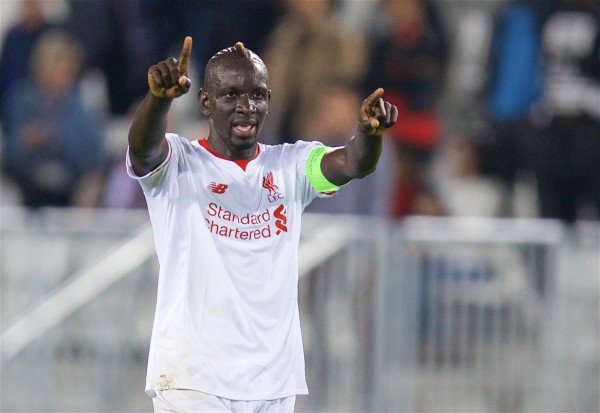 25-year-old central defender Mamadou Sakho proved that he deserves to be a Liverpool starter ahead of Dejan Lovren with a gutsy performance against Bordeaux last night that manager Brendan Rodgers described as ‘immense’.

The former Paris Saint-Germain defender had found his playing time limited so far this season with Rodgers opting to play Croatian international Dejan Lovren as the clubs starter.

This however has not phased the Frenchman’s determination to get back into the team telling French sports newspaper L”Equipe: ‘I’m working and I’m a Liverpool soldier. And, when you call on me, I always rise to the challenge.’

When Rodgers was asked about Sakho’s performance last night the Reds boss said: ‘Sakho was immense at the back. He knows he has had to be patient and his attitude has been first-class’

‘He has trained very well, kept professional, done his extra work on his fitness and he has got his rewards for that.

‘He certainly comes into the reckoning for the weekend (against Norwich).’