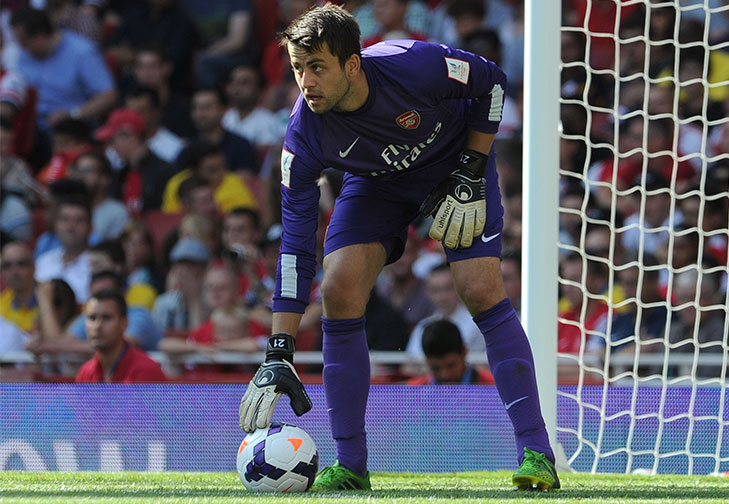 Arsenal number two goalkeeper Lukasz Fabianski is hoping that the last game he player for Arsenal will be the FA Cup final against Hull City after being the hero by saving two penalties in the semi-final against Wigan.

The shootout hero looks all set to leave the Gunners as a free agent this summer and is hoping that manager Arsene Wenger sticks by him for the final rather than playing Arsenals number one keeper Wojciech Szczęsny.

Fabianski said while speaking to the Daily Mirror : “I don’t know if I will keep my place for the final, it’s up to the boss but after my performance I hope that I can.

“It’s always nice to win. I don’t know if it proves a point, to be honest when you play you don’t think about any of that, for me it’s all about winning the game, focusing on the moment and the day.

“That’s all we wanted, a win, we weren’t paying any attention to any outside things. In the club we are all quite smart, we knew we had to win the game because by winning game it just picks us up as players.

“It picks up the club and the fans, it gives us more belief that we can manage first of all to finish in the top four, and then hopefully to win the final.

“I think it’s for the fans, I think they have been waiting a long time and they show up every away game, win or lose they always follow. It was a great atmosphere as well so it’s great to do it for them.

“I’m very happy that we managed to go through to the final, it’s a really massive thing for us, especially after such a difficult game. We showed character and we’re all pleased with the final result.”

Fabianski said that he had studied Wigan’s penalty takers on YouTube before the match only for none of them to be involved in the actual shootout.

He added: “I did some homework but none of them were on my list, the guys who stepped up to take penalties. So I was just guessing, it was more intuition rather than my homework that I’d done.

“I was surprised that Gomez didn’t step up as the first one. Then I saw Caldwell and Collison taking the penalties, I was just guessing.

“I did look at YouTube and things like that, but I didn’t see anything of Collison or Caldwell on there.”