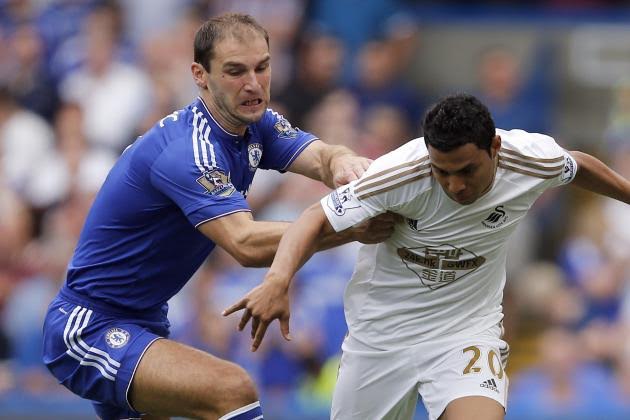 Just one week into the new season and Premiership teams are smelling blood following Chelsea’s 2-2 draw with Swansea on opening day, while watching manager Jose Mourinho lose his cool with club Doctor Eva Carneiro bearing brunt of the Portuguese managers anger after just doing her job.

Yet we hear nothing levelled at attacking midfielder Eden Hazard, who went down twice in the match and called for treatment from the side-lines.

The frustration on the part of Mourinho may also stem from the fact that he has been very quiet in the transfer market brining in just Asmir Begovic from Stoke, after having to reluctantly allow Petr Cech to join Chelsea, along with striker Radamel Falcao from Monaco, who looked anything but sharp last weekend against the Swans.

Meanwhile after having sold the dissatisfied Filippe Luis back to Athletico Madrid, negotiations with Augsburg for Ghanaian international left-back Baba Rahman have hit a roadblock with the Bundesliga side demanding more money than Chelsea is prepared to case.

Add this to Chelsea’s attempts to sign Everton’s John Stones and you can see why Mourinho might be frustrated after now having two bids rejected for the young England defender.

Now Mourinho is worried that come Sunday night, after having played Manchester City at the Etihad the Blues may only have one point to show for the first two matches of the season, and while all the football pundits predicated Chelsea would win the title once more, it is hard to argue the fact that teams now know how to handle Chelsea striker Diego Costa better, by sticking to him close and bothering him with constant challenges, which appear to put the Brazilian born Spaniard off his game.

Add to this Chelsea’s aging defence and the way Ecuadorian winger Jefferson Montero was able to take the once formidable Branislav Ivanovic to the cleaners, and you start to think that perhaps Chelsea is set to unravel.

Sunday night’s game against Manchester City is crucial for Mourinho, who knows that nothing less than a draw can get his team back on track to win the title, and if they should lose, Arsenal, United and even perhaps Liverpool might start to fancy their Chances against the title holders.