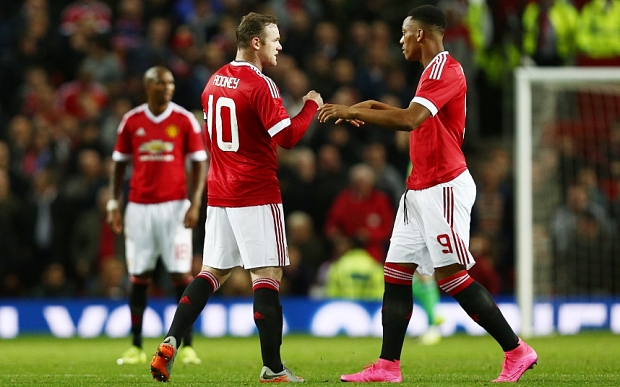 Manchester United will be without both Wayne Rooney and Anthony Martial for their trip down to Vicarage Road for tomorrow’s lunchtime kick-off with Watford.

Martial left Wembley on crutches following Tuesday night’s international friendly between England and France and has failed to recover in time for tomorrow’s early kick-off.

And as if that news was bad Captain Wayne Rooney, who by the way had one of his best games of the season in the 2-0 win is also set to miss the game due to illness.

Add to this the fact that Belgium international Marouane Fellaini also missing through injury means Louis van Gaal may have no option but to play Memphis Depay as a striker after admitting James Wilson was not yet ready to play a full 90 minutes.