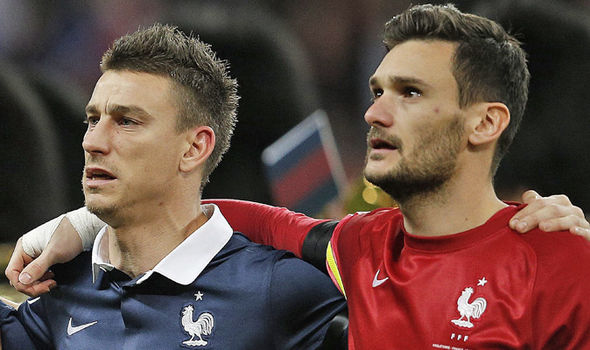 Arsenal manager Arsene Wenger is worried that fellow countryman Laurent Koscielny is still traumatised following last Fridays terrorist attacks in Paris and will talk to the Gunners defender before deciding if he is fit to face West Brom at the weekend.

The 30-year-old Koscielny was “deeply affected” by the horrific events taking place while playing for France against Germany in the Stade de France, and was visibly upset before the start of France’s friendly with England at Wembley last Tuesday.

Wenger said: “I will talk with him. It’s a big game for us so I will talk to him to see if he is completely recovered and focused.

“Sometimes it hits you more two or three days later than on the night. On the night you try and protect yourself or you do not know what’s going on. But slowly you realise the shock is always a bit after

“Koscielny is a good example because he had a fantastic game against Germany. And you could see on Tuesday night he was not himself. It affected him deeply and I didn’t recognise the player I saw on Friday night on Tuesday night.

“What I will want from him is that he’s completely committed and feels ready. If not, I will not play him.”

Fellow Arsenal teammate Olivier Giroud will also be given the option of not traveling to the Hawthorns for Saturday’s match against West Brom.