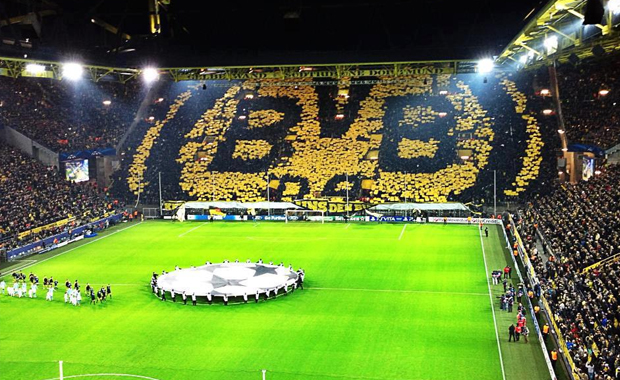 While Liverpool and Manchester United have some fantastic supporters it is hard to match the atmosphere in the Signal Iduna Park in Westphalia, Germany, where just over 80,000 people attend Borussia Dortmund home games.

Despite the clubs high expectations going into the match they suffered a second-half blitz from the Bavarians that saw Mario Gotze, Arjen Robben and Thomas Muller each score a goal in the last 25 minutes to defeat Dortmund by a score of 0-3.
Any stadium in the English Premiership would have seen people heading for the exits early realizing that their team had lost, but not the Dortmund fans who stay on after the final whistle to applaud their team win or lose, and it is this devotion that makes Dortmund fans better than any others.