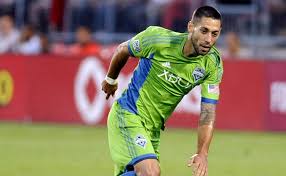 With the MLS season coming to a close United States national team coach Jurgen Klinsmann has told his top players to secure loan deals in Europe to prepare for next summers World Cup in Brazil.

“We need them to keep going at least until the beginning of December. If they’re not going on loan to Europe in January, then they are coming into camp with us. Our priorities are set so that the first one is if you get a chance to go on loan to Europe, do it. Compete there with good players overseas,” said Klinsmann.

One of the players Klinsmann’s remarks were aimed at was Seattle Sounders forward Clint Dempsey who just moved back to the U.S.A. after seven years in the Premiership.

His last club in England Tottenham have first choice in taking him back on loan, but it is thought that they will forgo the chance leaving the door open to Everton and their new manager Roberto Martinez to sign him in January.

Everton was the preferred winter destination of L.A. Galaxy striker Landon Donovan, and would make an excellent choice for the 30-year-old Dempsey where he would play alongside U.S. number one goalkeeper Tim Howard.