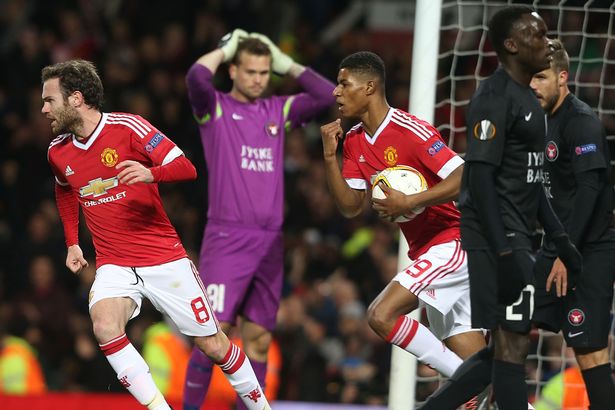 Manchester United and striker Marcus Rasford are set to agree a new long term contract that will see the young 18-year-old striker earn as much as £25,000-a-week if a report by daily mail is to be believed.

Rashford has been one of Manchester United’s best player’s so far this season but only earns a paltry £1,500-a-week which is a fraction of what other more senior Manchester United player who are not doing better than Rashford currently earns. This is about to change if Daily Mail sources are right.

The deal was initially reported by Goal.com weeks ago but nothing was heard of it. Daily mail reckons the snag was as a result of Rashford’s inability to settle for a representative that will negotiate with Manchester United on the terms of a new deal.

This has however been sorted. Afer receiving offers from some many agencies and football agents, Rashford has reportedly settled for his brother Dwayne Maynard. With his representative known, it appears it is only a matter of time before Manchester United officially announces the deal.

Rashford has already been linked with a move to Bayern Munich and Real Madrid in the last few weeks but once he signs a new contract, all those rumours will die down and the young striker can then concentrate on having a good pre-season with the Red Devils.