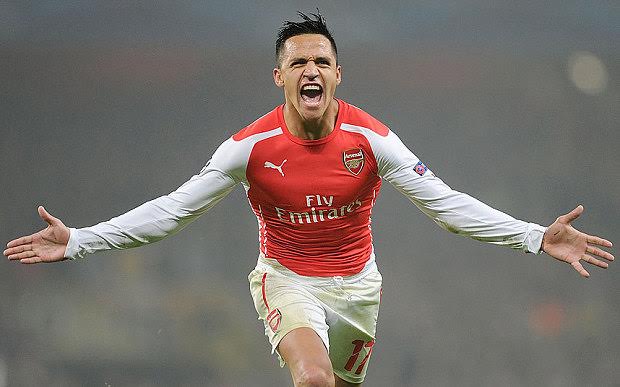 This is a question we are putting to fans following the comments from Arsenal star winger Alexis Sanchez, who claimed following the Gunners back-to-back losses against Manchester United and Swansea that the players had now lost the self-belief that they could in fact win the Premier League title.

Arsenal now sits six points behind league leaders Leicester City, and must now realize that a win over North London rivals Tottenham at White Hart Lane on Saturday must be seen as a must win game if they hope to keep their title dream alive.

“Sometimes we lack the mentality that we are already winning 1-0 when we go out on to the pitch,” Sanchez told Directv Sports before the United match.

“We lack this hunger to believe that we can be champions.”

Sanchez added: “If we go out onto to the pitch with hunger to become champions, to win the Premier League or the Champions League we can achieve it.

“I remember a game against Manchester United last year. The lads looked hungry for silverware as we took to the pitch.

“We crushed them in the first 20 minutes and went 3-0 up. We were hungry and brimming with confidence that day.”

“I am worrying about our results,” he said. “We don’t dream. We have to be realistic and come back to what we do well… the basics.

“The players are very down but we have to respond. We have to focus on our job and remind ourselves that we have some quality as well.”