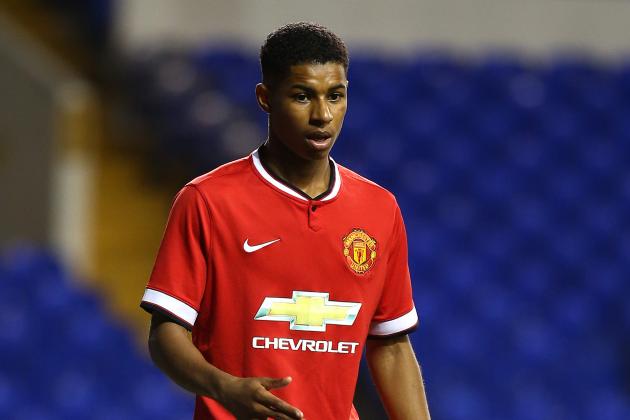 As England manager Roy Hodgson begins to make his final team selection for this summer’s European Championships in France, the Three Lions boss has left the door open for Manchester United youngster Marcus Rashford to make his squad.

The 18-year-old Red Devils star has taken Old Trafford by storm scoring four goals in his first two senior appearances for the club with two in the Europa League against Danish side FC Midtjylland and then two more in the exciting 3-2 win over Arsenal at Old Trafford on Sunday.

“I would neither rule him in or rule him out, I just hope he can do well,” Hodgson said.

“I have been watching Rashford for two years, so I have known about him for a long time. He is in our system.”

Hodgson then added how delighted he was to see an England U-18 player given the opportunity to play for Manchester United’s senior team.

“Most of all, I hope he is allowed to develop as an 18-year-old should and people don’t try to put him under enormous pressure,” he said.

“Scoring four goals in three games is a great achievement. If he can keep that up, it is great for Manchester United and England.”