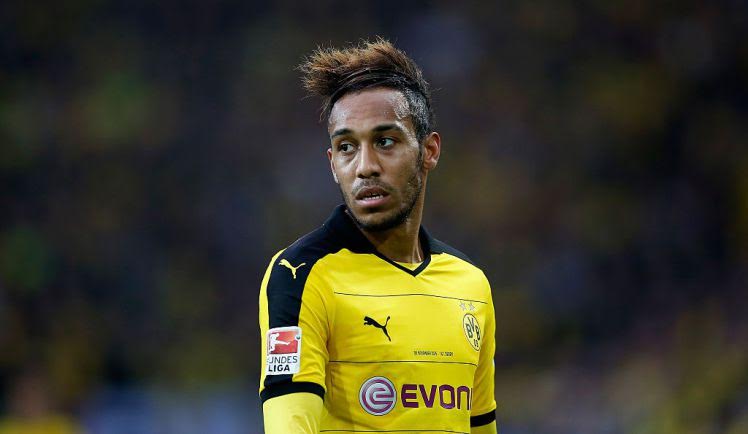 Several big name Premier League teams have been linked with a move for Borussia Dortmund forward Pierre-Emerick Aubameyang after his stunning performance in the Bundesliga this season.

The Gabon international has caught the attention of all Europe’s top clubs after having scored 26 goals in 25 appearances for the German giants.

After winning the Africa Player of the Year award all speculation of a move to the Premier League died down after the 26-year-old forward told everyone he wanted to stay at Dortmund.

Things however could now have taken a turn after Dortmund’s chief executive Hans-Joachim Watzke admitted the North Rhine Westphalia team were open to offers for their star player.

‘If an offer comes, then we need to discuss it,’ said Watzke.

‘If it should go into hundreds of millions, then we also need to talk to the player.

‘But I’m not worrying about it because at the moment we want to keep him as long as possible, ideally beyond 2020.’

From those remarks it would appear as if the Germans are touting for an offer no club will be willing to pay, yet given the new television money coming into the market it might be a smart move to try and sign him sooner rather than later.