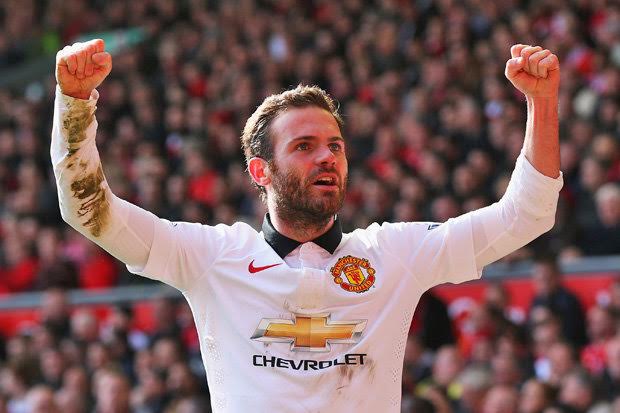 Manchester United are reportedly considering letting midfielder Juan Mata leave to join Barcelona despite having seen the 27-year-old score three goals with four assists so far this season according to Metro who quote an article in the Sun.

It is hard to imagine where the Sun got this info when you consider that the Catalan giants already have Andres Iniesta and Ivan Rakitic playing in the former Chelsea midfielder’s position.

Mata started his career in Spain with Real Madrid B before moving to Valencia and then Chelsea in 2011 and is now at Old Trafford after signing from Chelsea two years ago for £37.1 million.

While at United Mata has blown hot and cold for the Red Devils, and so long as Louis van Gaal is in charge appears to have no future at the club.