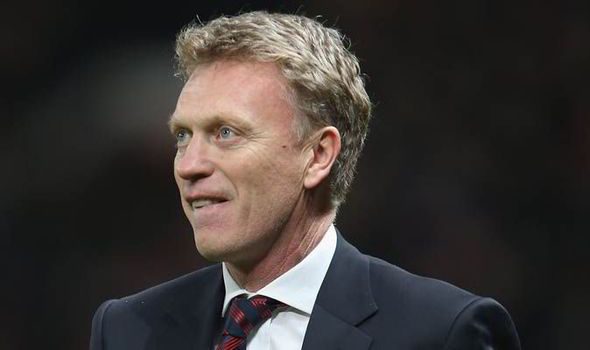 The ripples from Manchester United’s 1-1 draw against reigning UEFA champions Bayern Munich is still yet to settle down and for very good reasons too. Nobody gave the English club any chance of getting a result from that match. But against all odds and contrary to popular predictions, they got a result from that encounter.

Not even Manchester City, who handed down a 3-0 win to their city rivals, could contain the rampaging Bavarian side last October as Pep Guardiola’s side blew them away within an hour at their Etihad Stadium. But thank goodness Moyes and United did not suffer a similar fate. David Moyes and his Manchester United should be proud of their achievement.

Forget about the possession. Man United put up a compact defense. Even Pep Guardiola admitted that they were frustrated by United’s defensive style of play. However that they were able to eke out a result doesn’t change the fact they are still underdogs as they head to the Allianz Arena in a fortnight. The possibility of Bayern Munich edging out Man United to proceed to the semi-final is still very high. But even at that Moyes must not allow such valiant performance by the Red Devils go to waste.

If they could hold arguably the best club in the world to a 1-1 draw at Old Trafford, then one should begin to look forward to better results from them in the Premier League. As they get set to visit New Castle this Saturday at St James’ Park, it is one game that nothing short of an outright win would be a satisfactory result.

If they could follow up this draw against Bayern Munich with a win at St James’ Park this weekend and another impressive display at Allianz Arena and a win over Everton at Goodison Park later in the month, it would go a long way to restore the hopes and confidence of everyone one that this new dawn wasn’t a fluke after all. Moyes should not bask in the euphoria of last night draw with Bayern but rather build on it.