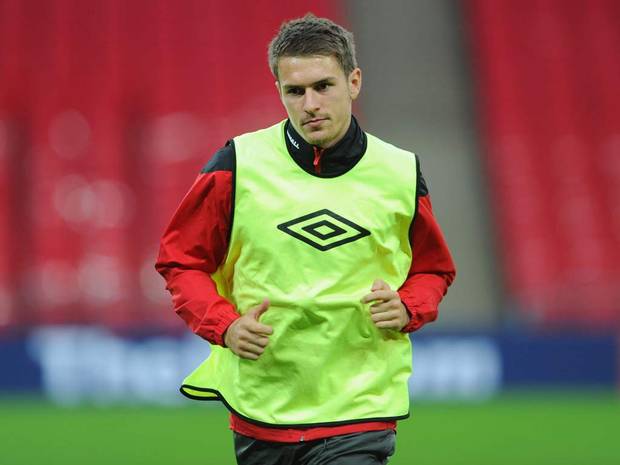 Arsene Wenger is hoping that midfielder Aaron Ramsey will be fit enough to feature in the Gunners crucial clash Everton on Sunday April 6th at Goodison Park according to Sky Sports.

The 23-year-old was having a fantastic season for the Gunners before suffering a thigh strain against West Ham United on Boxing Day.

Originally it was thought that the Welshman would only be out for six weeks, but a few niggling complaints have kept him out of the team.

Left-back Nacho Monreal could also take part in a match that both teams know they need to win if they want to finish in the top four with midfielder Abou Diaby also almost ready to come back after being out for nearly a year with a knee injury.

Both Jack Wilshere and Mesut Özil will remain on the side-lines for Sunday’s big match, but all important Laurent Koscielny could be back for next weekend’s FA Cup semi-final against Wigan Athletic following a calf injury.

“The FA Cup will be too soon for Özil, but he will hopefully be back soon after that,” added Wenger.

Özil took to Facebook to express his determination to get back to the form he showed when first signing for Arsenal.

Azul said: “Dear fans, I can assure you that I’m doing my best to return to the pitch as soon as possible. But in the end, only two things matter: to have confidence in yourself and to be patient!”